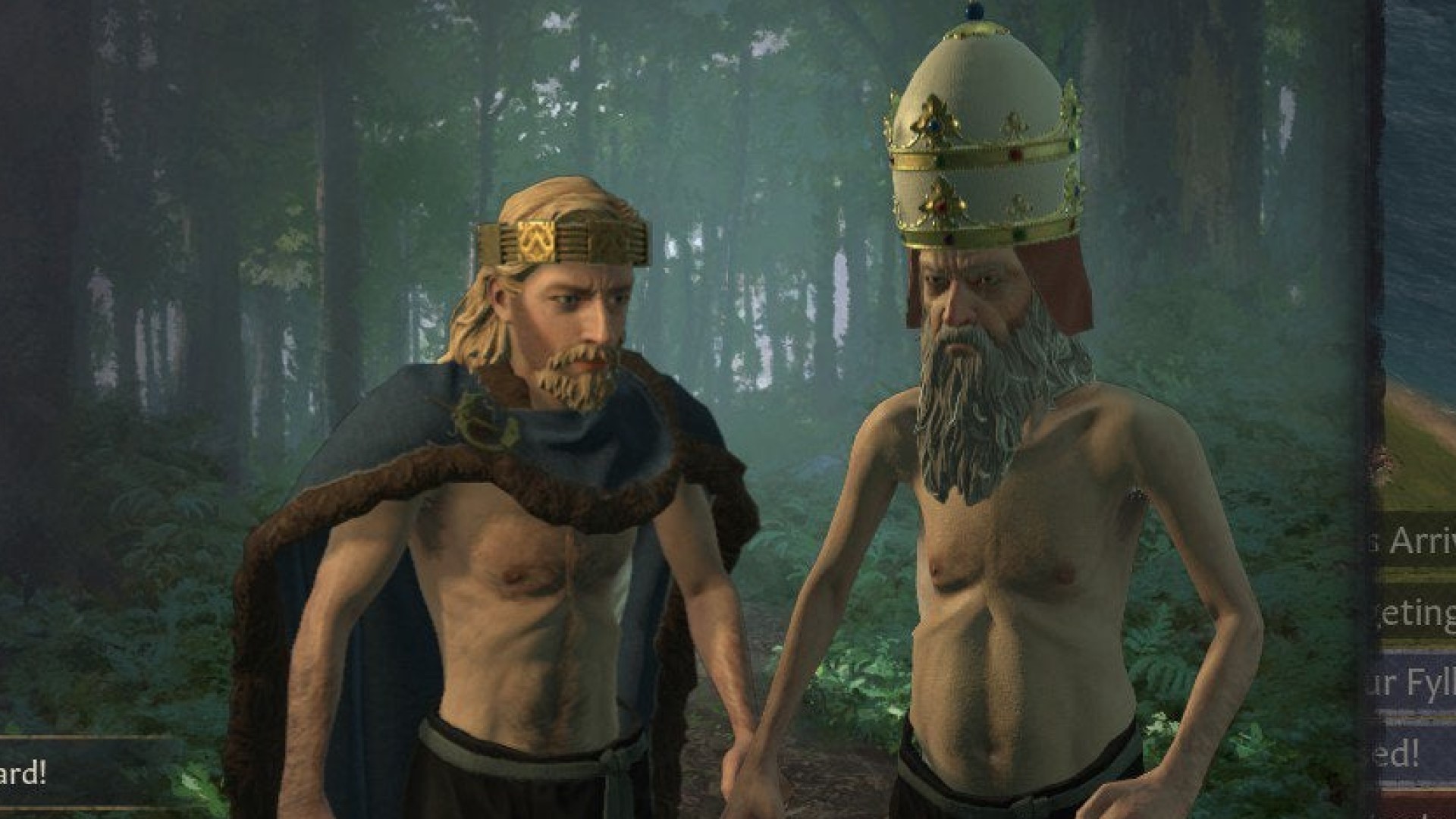 We don’t know why it occurred – absolutely there have been a long time’ price of dangerous blood between the 2 males – however a Crusader Kings III participant just lately fought the pope in single fight and emerged victorious. We’ve seen some unusual issues within the newest model of Paradox’s medieval grand technique recreation, however now we have to confess that is the primary time we’ve witnessed the pontiff personally get into an axe battle.

“I simply fought the Pope in single fight,” writes redditor -Slackz- within the Crusader Kings subreddit. As proof, -Slackz- provided a screenshot. Positive sufficient, an occasion window has popped up exhibiting his ruler, a younger and scrawny Norse chief named Fylkir Hakon, squaring off in opposition to the wiry-framed Pope Stephanus. Each males scowl at one another in a wooded scene, bared to the waist as a result of should you’re going to battle a man, you’re taking off your shirt.

Whereas it appears fairly clear -Slackz- is operating a mod or two, advanced duels are actually a everlasting fixture in Crusader Kings III, because of a new system added within the 1.3 ‘Corvus’ replace that makes battles of honour far more fascinating.

Whereas we knew about that new system, we clearly weren’t ready for simply how fascinating issues had been going to get. An axe battle with the pope himself? Neglect it, Jake – it’s Crusader Kings.

Anyway, it appears Hakon wound up profitable the day – Stephanus apparently yielded simply because the Norse chief was lining as much as “cut up his groin in two,” in keeping with the flavour textual content. The bruised and battered Stephanus headed again to Rome, whereas Fylkir gained a trial-by-combat hook on the quarrelsome Holy Father.