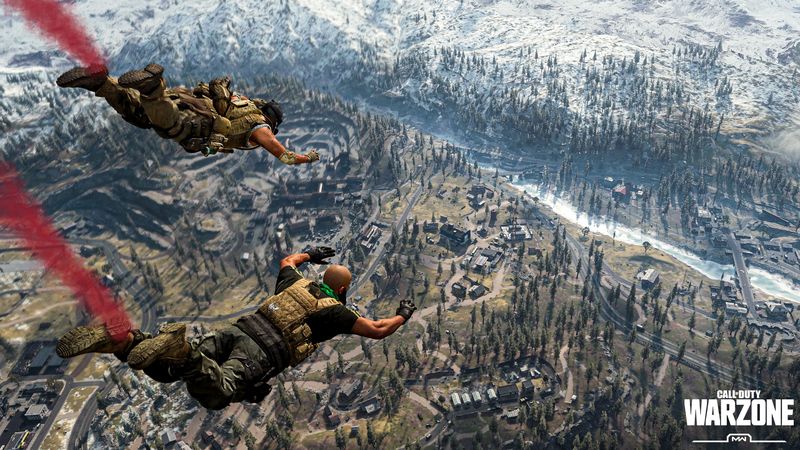 Footage of an unused battle royale map probably from Name of Obligation: Warzone has leaked on-line. The footage was shared on Twitter by leakers The CheeseBurger Boys, however has since been pulled “in response to a report from the copyright holder.” The footage reveals a map probably positioned within the Ural Mountains. There was some debate on-line whether or not or not this map was really deliberate for Warzone, or as a part of a battle royale mode that was deliberate for Name of Obligation: Black Ops Chilly Struggle. Sadly, since Activision appears to have eliminated the video from most locations, followers will simply have to take a position!

The footage launched by the leakers is about eight minutes in size. Within the footage, the participant may be seen operating and selecting up gadgets, and the HUD is notably completely different from the one which seems in Warzone. This has led some to imagine that the map would have been a part of the scrapped mode for Black Ops Chilly Struggle (recognized by followers as Blackout 2.0), versus a map for Warzone. Sadly, there is no approach to make certain of its origins, until Activision decides to disclose some further data.

Plans within the online game trade are consistently altering, and numerous content material finally ends up on the chopping room flooring. With out being aware about inner discussions at Activision, it is unattainable to know for certain what occurred with this map, and whether or not or not it is going to present up in some kind down the road.

No matter what the map was deliberate for, it is at all times attention-grabbing to get this type of behind the scenes look. Online game builders and publishers are understandably tight-lipped about their plans, and these kinds of leaks give followers a glimpse at issues we’d in any other case know nothing about!

Name of Obligation: Warzone is at present obtainable on PlayStation 4, PlayStation 5, Xbox One, Xbox Collection X|S, and PC.